Buck Twp. Recognizes the its Citizens to Bear Arms

A well regulated Militia, being necessary to the security of a free State, the right of the people to keep and bear Arms, shall not be infringed.

The right of the citizens to bear arms in defense of themselves and the State shall not be questioned.

Buck Twp. And it’s Citizens Will Recognizes and obeyed All Federal and State Gun Law that are in place as of 3-25-21

Any future Federal or State Gun Laws That restricts the right of Buck Twp. Or its Citizens to to Defend themselves or the State will not be recognized by Buck Twp., or its Citizens.

3rd Tuesday of every month

Click here for an interactive Google map of the area 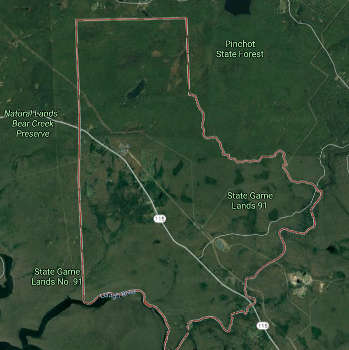 Buck Township is a township in Luzerne County, Pennsylvania, United States. As of the 2010 census, the population was 435, making it the least populous township in the county.[1]
The township was formed from Covington in 1833, and derived its name from George Buck, who was one of its early settlers, and who kept the first tavern, afterward known as Terwiliger=s. John Nagle was the first settler in Buck. He built his log cabin on the old Sullivan road, near the Lehigh, in 1782, fourteen miles from any human habitation. Conrad Sox, Justice Simonson, Samuel Wildrick and Thomas Tattershall settled here soon after. Mr Simonson lived to be nearly one hundred years of age, and when far in the nineties had often walked to Wilkes-Barre, a distance of fifteen miles. [2]